The Louisville Regional Baptist Association called Todd Robertson as Director of Missions in October 2016.  He assumed his duties with LRBA on December 1st of that same year.

Throughout his ministry years, Todd has always had a heart for and served in the local association. During his years in Louisville, he has volunteered, served a term as Moderator, and served on staff at LRBA. It’s clear that he loves this city and is committed to the work of the churches of this association.

Rev. Robertson served as pastor of Bethany Baptist Church for three years.  Todd and his wife, Kim, were blessed to serve as North American missionaries from 2002 to 2005.  During those 3 ½ years he also was the Missions Strategist for LRBA.  In May 2005, he served as Associate Pastor of Missions at Walnut Street Baptist Church.  In 2009, Walnut Street sent him out as a church planter, which led to the establishment of Antioch Church in the south end of Louisville.

Todd and Kim have three sons, Alec, and twins Nathan and Nicholas. Alec is a graduate of the University of Louisville.  Nathan is a graduate of Cedarville University in Ohio.  Nicholas has a rare genetic disorder, Angelman Syndrome, which has severely limited his development, but not his happiness. He is a graduate of Butler Traditional High School.  Kim is an exemplary mom and also works in a school cafeteria and keeps everyone in line.  Todd just tries to keep up! 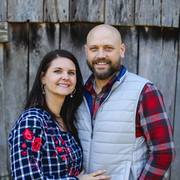 Justin joined the LRBA team on February 4, 2019.  He is married to Laura and has four daughters: Addie, Audrey, Anna, and Anita and a foster son in the adoption process. Justin is the lead pastor of Redemption Hill Baptist Church (an LRBA member church) in Spencer County. Justin and his family live in Jeffersontown. He has already been active in the association serving as a member of the Church Planting Team and as a member of the Executive Board. Justin has also served as a Case Manager for Re:Center Ministries (formerly Louisville Rescue Mission) and as a Church Planting Coach with the Kentucky Baptist Convention.
He is a strong leader, marked by wisdom, and committed to helping LRBA see new churches planted and replanted.

RESPONSIBILITIES
Justin works in conjunction with the Church Planting Team and the Director of Missions. He and the team will continue to explore the transition from a focus solely on traditional church planting to also encompass church replanting. 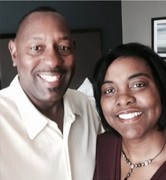 ABOUT C.L.
C.L. Jordan began serving as LRBA’s Mercy Ministries Catalytic Consultant in November 2017.  Dr. Jordan currently serves as Senior Pastor of Bible Community Fellowship.  He also serves as Regional Supervisor for AOC/Kentucky Drug Courts, where he has been instrumental in helping to start the first Veteran’s Treatment Court in Kentucky.  He is married to Peggy.

Since the age of five, C.L. has displayed a heart for telling others about Jesus.  This has evidence itself in his numerous missions trips, missions conferences which he has led, and involvement in both state and associational work.  He is a commissioned U.S. Army Reserve officer, a GA certified Peace Officer, and a certified counselor.

C.L. works in conjunction with the Missions & Ministry Team, and the Director of Missions to assist churches to engage their local communities with the Gospel and to actively partner with ministry opportunities and agencies in the Louisville area.  He and the team help churches survey their area and develop strategies to reach their communities with the Gospel.  He also helps churches to connect and partner with local mission-related agencies.

ABOUT CAROLYN
Carolyn has worked for the association since 1996.

RESPONSIBILITIES
She is responsible for providing accurate financial and bookkeeping services for the association.  She deals with accounts payable, accounts receivable, and payroll.  She maintains the Revenue/Loss reports and Balance sheets.  These reports are presented to the Finance Committee during their monthly meetings.

ABOUT CHRISTINA
Christina is originally from Louisville, KY.  She is a cum laude graduate of Cumberland College with a Bachelor's degree in Secondary Education/English.  Her minor was in Vocal Performance.  She has been with LRBA since 1997.
RESPONSIBLITIES
In addition to her duties as Todd Robertson's Ministry Assistant, she assists the Catalytic Consultants, provides information to churches who desire to join the Louisville Regional Baptist Association family; maintains the LRBA database, helps individuals and church complete their Annual Church Profiles; serves as editor of the weekly Associational newsletter; maintains the Association's web page and social media pages; serves as Associational Archivist; and performs "other duties as assigned."